The i9-10900K Intel Processor 3.7 GHz Ten-Core LGA 1200 Processor from Intel has a base clock speed of 3.7 GHz and comes with features such as Intel Optane Memory support, Intel vPro technology, Intel Boot Guard, Intel VT-d virtualization technology for directed I/O, and Intel Hyper-Threading technology. With Intel Thermal Velocity Boost, the maximum turbo frequency this processor can achieve is 5.3 GHz, or it can be boosted up to 5.2 GHz with Intel Turbo Boost Max 3.0. Additionally, this processor features 10 cores with 20 threads in an LGA 1200 socket, has 20MB of cache memory, and 16 PCIe lanes. Having 10 cores allows the processor to run multiple programs simultaneously without slowing down the system, while the 206 threads allow a basic ordered sequence of instructions to be passed through or processed by a single CPU core. This processor also supports dual-channel DDR4-2933 RAM and utilizes 10th-generation technology.

Graphically, Intel Core i9-10900K uses the integrated Intel UHD Graphics 630 chipset, which has a base frequency of 350 MHz and a dynamic frequency of 1.2 GHz. If you need even more performance, this processor is unlocked, which lets you overclock the processor over its maximum speed. However, this is not recommended 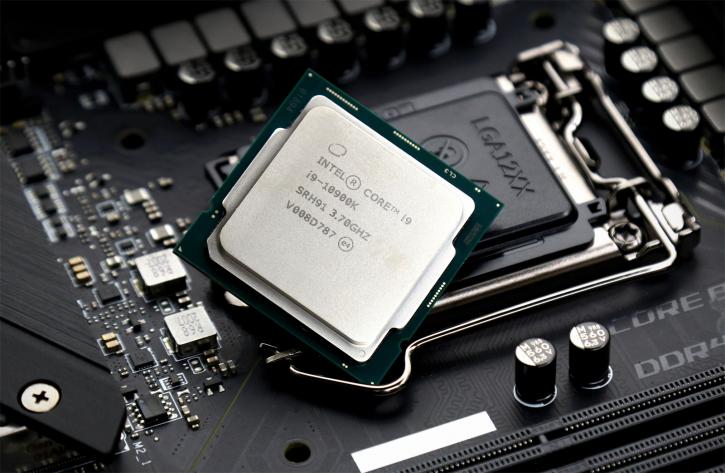 Starting today it’s here in many forms and products SKUs starting with the unlocked K series, the flagship desktop Intel Core i9-10900K processor has a very significant 10 cores, which for intel is a pretty staggering number as their primary processor business for the desktop consumer market had been releasing and refreshing quad-core processors for many years. That slowly changed thanks to pressure from AMD, and with the more recent Coffee lake series Intel has stepped up their game, and we have seen some nice up-to 8-core parts in the 9900K series. The reality is simple, you cannot point your finger Intel for that long quad-core strategy either, as there was too little competition – hence they had no rush and have been relaxed all the way. However, they’ve been perhaps a bit too comfortable in that position. And with AMD a shift in that paradigm changed everything, rapidly. All of a sudden there were 6 and 8 cores processors, nice and fast. But two to three years ago another dynamic changed as Intel got (more) hit by another problem, security weaknesses. With the industry and the world in general changing, everything online is attacked in some way or form. Yes, processor vulnerabilities started to really stack up for Intel, statistically significantly more than AMD. And albeit the vast majority of these vulnerabilities have been patched in software or firmware, it did have a tangible effect on performance, as well as Intel’s long-lasting reputation. Current processors starting at Coffee and Comet Lake have been hardware hardened for the bigger part of Spectre and Meltdown like varieties as well as other vulnerabilities. To date, this, however, remains a sore spot and point for Intel. This entire paragraph was the perfect storm for the competition, in which they thrived.

Today is all about CML, the 10th generation into Core desktop processors running up-to 10-cores. It requires a new platform as the processor socket has changed towards 1200 pins, aka LGA1200. On April 30th of this year, 2020, Intel announced its tenth generation Core processors codenamed “Comet Lake-S”. Among the main features we have HyperThreading through the entire line of Core products, so that’s from Core i3 to Intel Core i9-10900K , up to 10 cores and 20 threads, and up to 5.3GHz for a single-core boost. As mentioned, these processors require a new motherboard, the 400 Series motherboards with an LGA 1200 socket. The new motherboards this round should last for Comet Lake-S (this gen) and Rocket Lake-S (Next-gen). Much like Generation 9 (Coffee lake-S), Comet Lake-S and the following next-gen Rocket Lake-S are based on Intel’s 14nm process and you could safely say are based on the underlying microarchitecture that is Skylake, but over time refined and advanced and scaled upwards.

That means the flagship desktop processor is the Intel Core i9-10900K with ten cores + twenty threads hyperthreading (SMT), where a single core can go up to 5.3 GHz. A Core i7-10700K with eight cores and sixteen threads would lock in at of 5.1 GHz on a single core. There are also an unlocked Core i5 processors, the best being the Core i5 10600K which we’ll offer as review in another article. The six cores and twelve threads will run a maximum of 4.8 GHz. You will notice the flagship processors to have a Turbo Boost frequency listing a 5.3 GHz thanks to what is called Intel Thermal Velocity Boost technology. Basically, if the processor is kept cool enough, it can run a turbo bin at that frequency.

On the next page, you can look closely at the processor prices and compare these back and forth, as Intel as roughly slashed prices in half. Most Comet Lake-S processors in the high-end segment are tagged with a 125W TDP. Priced at 488 USD, for this review, we’ll be checking out that flagship model Intel Core i9-10900K in this specific review.